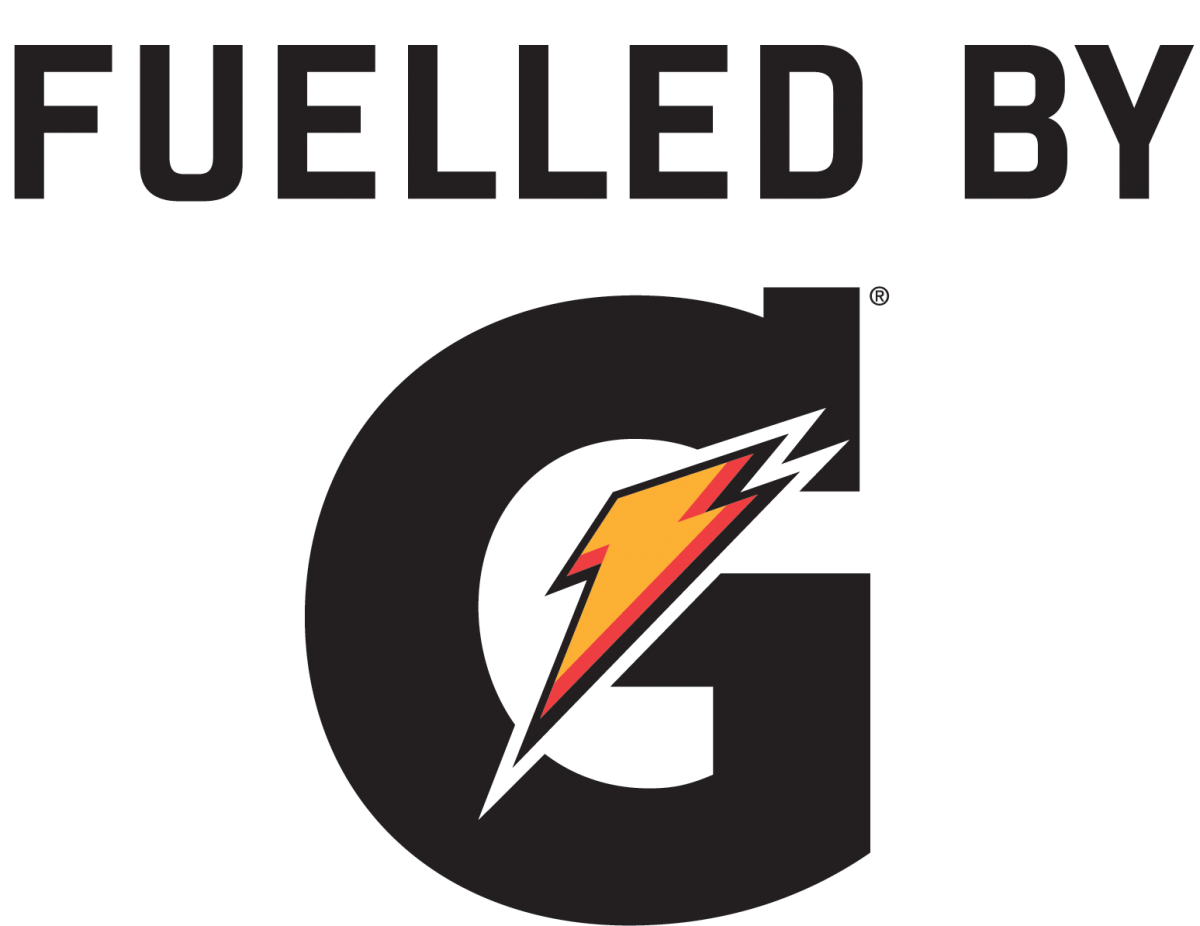 Sponsored by GATORADE, the OFSAA STUDENT FORUM was a great, free opportunity to hear first-hand, on Zoom, from our entertaining and educational speakers about these important topics: Mental Health, Leadership, Resilience, Integrity, Respect, as well as Equity & Diversity. We are thrilled to announce that over 6,100 students took in the online sessions over the three days.
Forty-five minute sessions took place at 10 am and 1:30 pm on March 24, 25 and 26.

Five randomly-selected students from each of the six sessions were rewarded with an individual prize pack courtesy of Gatorade and we also made available OFSAA merchandise for some lucky students over the three days! 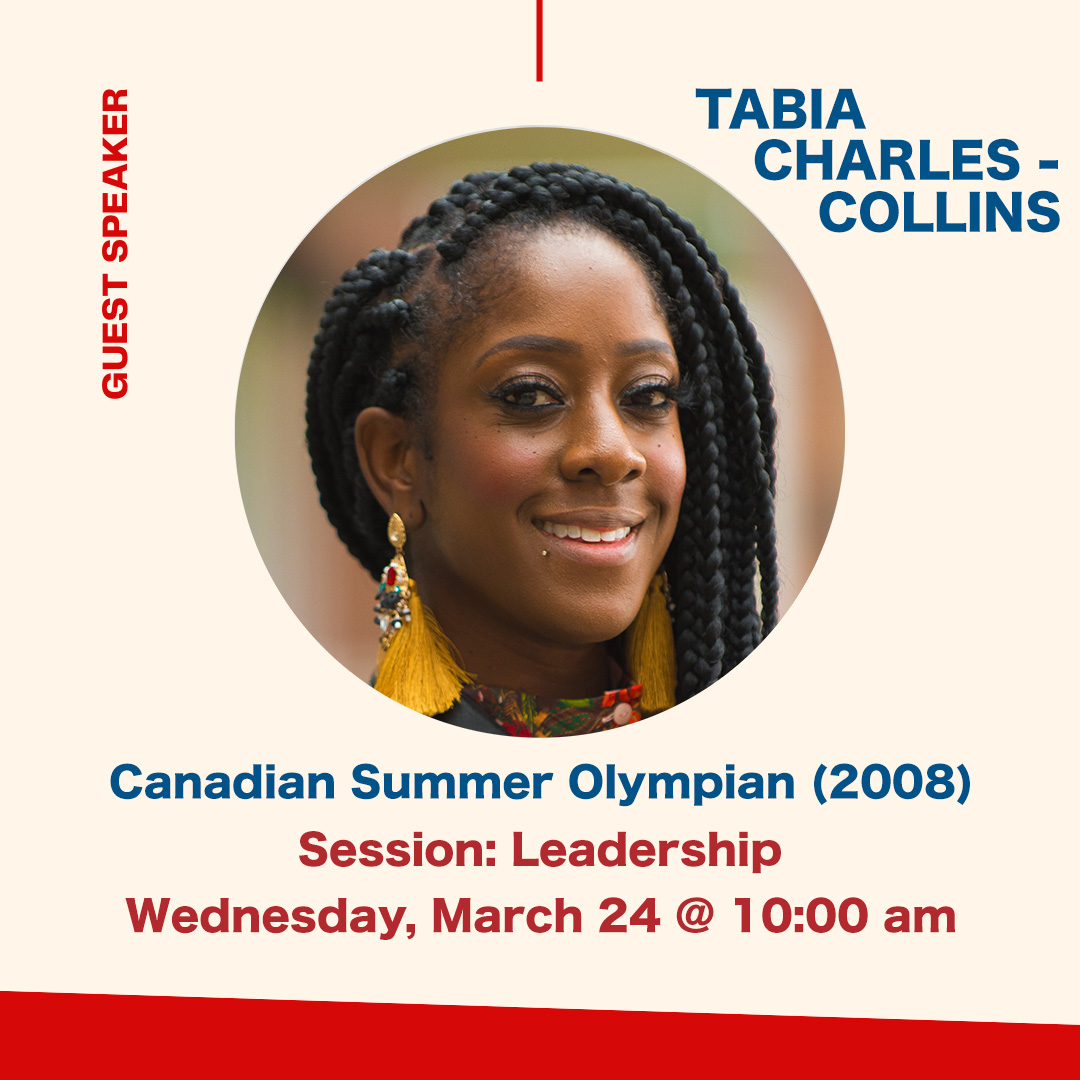 Tabia Charles-Collins attended Pine Ridge Secondary School in Pickering and medalled all three years that she competed at OFSAA (2000, 2001, 2002). She participated in volleyball, soccer, basketball and track and field. Today, Tabia is her own boss, running several different businesses, in which she is very passionate about.

From 2007 to 2010, Tabia competed professionally for Team Canada and NIKE, becoming a Canadian record-holder in both long jump and triple jump. Her athletic career was further highlighted when she represented Canada at the 2008 Summer Olympic Games in Beijing, China.

In 2014, Tabia graduated with her MA in Industrial Relations and HR at the University of Toronto. An international motivational speaker and fashion designer, Tabia enjoys giving back to the youth. She enjoys empowering the youth by sharing her story of transitioning from being an athlete to the business world.

If you are interested in having Tabia as a speaker at your event, please email [email protected]. 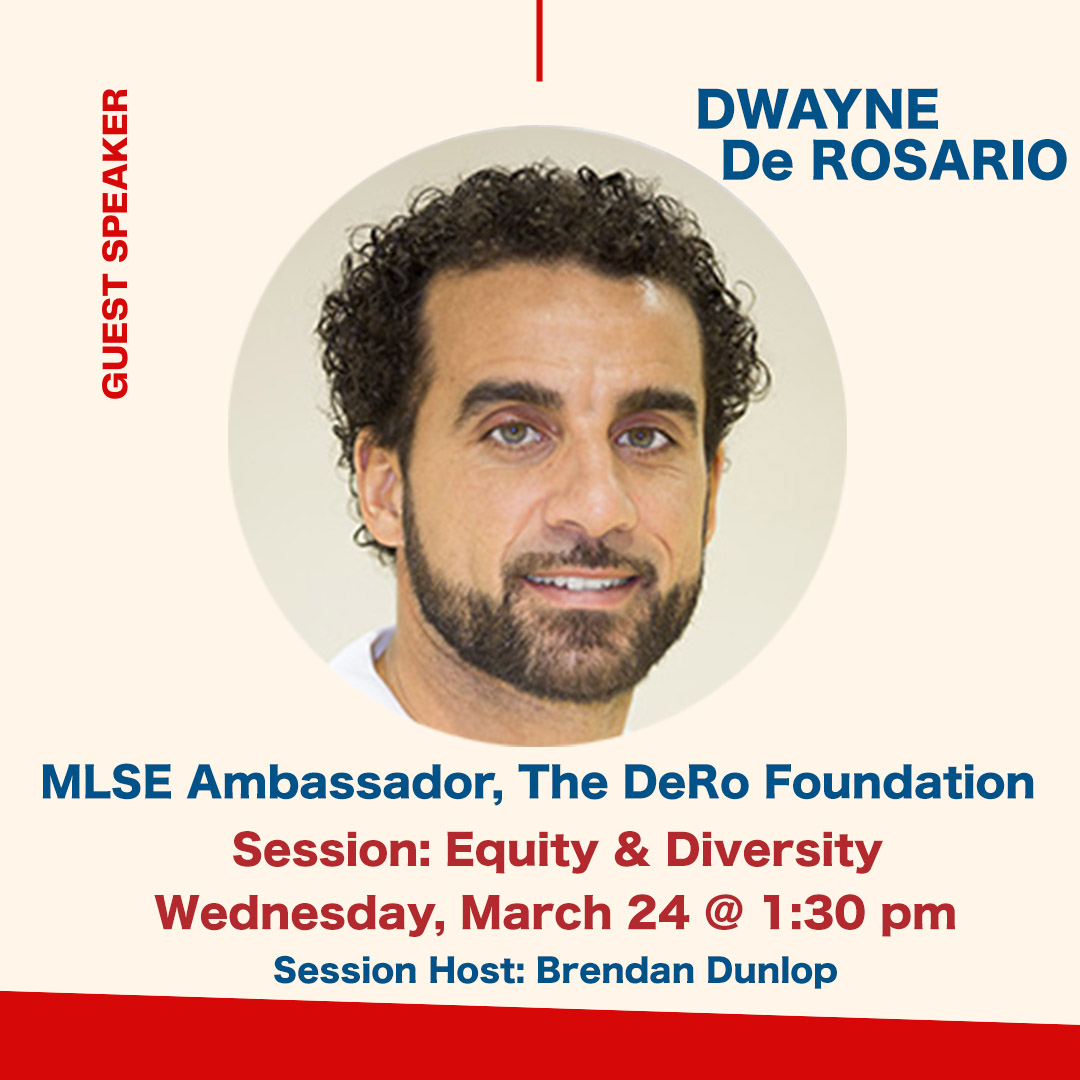 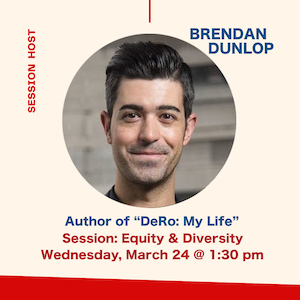 DeRo also put together an impressive international career with the Canadian Men’s National Team. He finished as the all-time leading goal scorer for his country with 22 goals and third all-time with 81 caps and stands. He was also named Canadian player of the year on four occasions and in 2012 was named to Canada’s all-time XI.

DeRo’s primary objective – and arguably his biggest contribution – is his commitment to the community. Growing up as an inner city kid in Scarborough, he had his life transformed through soccer. He feels that there is a need in our community for more programs that inspire, mentor and motivate youth to achieve their full potential.

Since inception, the DeRo Foundation has worked with community partners at the East Scarborough Storefront KGO (Kingston Road, Galloway and Orton Park) offering free afterschool programs to kids in the KGO community, which is neighbourhood where DeRo and his brothers grew up.  De Rosario and the DeRo United team have also offered free camps to youth across Toronto, Ottawa, Montreal and the Caribbean (Jamaica, Guyana, and Tobago) to help promote the sport and teach kids the values it has taught him.

In 2015, DeRo retired from the pitch leaving behind a legacy in Canadian soccer that will surely inspire generations to come. He is now a Major League Sports and Entertainment (MLSE) Ambassador, promoting MLSE sports in Toronto and community initiatives with the MLSE Foundation. DeRo is also a Pan Am Games Ambassador and currently sits on the Minister’s Advisory Panel on Ontario’s Sport Plan.

ABOUT BRENDAN: The native of Windsor, ON graduated from Catholic Central High School and went on to a career in anchoring and hosting on The Score, and more recently, Sportsnet television networks. Brendan is the author of a new autobiography on soccer standout Dwayne DeRosario entitled "DeRo: My Life". 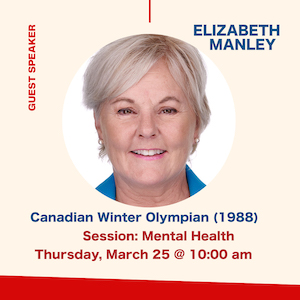 Boasting more than 30 years in both amateur and professional figure skating, Elizabeth Manley was the first Canadian female to successfully land a triple-double combination jump in competition. She has participated in two Olympic Games (where she won the 1988 silver medal and became the Olympic freestyle champion), six World Championships, and has won three National Titles. Reliving her incredible  journey for audiences, Manley gives a behind-the-scenes glimpse into what it takes to make it to the top and speaks with honesty about the importance of mental health and surviving the loss of her parents.

Elizabeth is a Professional Speaker, Life Coach and Philanthropist and has spoken to corporations all over North America including, Canadian Mental Health Association, Ovarian Cancer Canada, Eating Disorders of Canada and US, Ambassador for Health Canada Program, Military Families on Mental Health, Police Association of Ottawa and many more

As a keynote Speaker she covers many areas such as Resilience, Keys to Success, Mental Health in the Workplace and in Life. Her story of coming back from depression, anxiety and a nervous breakdown, four years before her Olympic win, embraces resilience and inspirations to many and her positive outlook living with depression. Her quote is “The Best Project You Could Ever Work On …. Is YOU!” Times today are very difficult, but how we cope is a major part of one’s well-being. 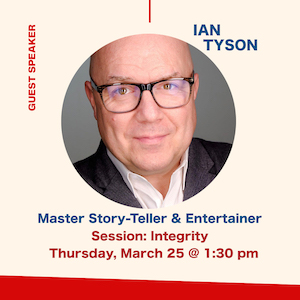 For 30+ years, Ian Tyson has been entertaining and inspiring audiences across North America to realize their potential, and seek happiness in life. Ian’s high-octane presentations are sure to keep any audience in stitches and leave them with words and thoughts to live by. Combining hilarious and heart-warming story-telling, observational humour and meaningful life lessons; his assembly programs are always on point.

Ian is one of North America's top inspirational speakers, and has spoken at hundreds of schools, TEDx, and dozens of conferences about teaching optimism, resilience and kindness. Ian's book, "Hooray For Everything! The Optimist Manifesto" is an insightful collection of stories, and ideas about finding and keeping positivity. Also an avid home cook, Ian brings his positivity to the kitchen and was featured on the Food Network Canada show “Wall of Chefs” in 2020, and has an online cooking show of his own called "The Confined Kitchen". 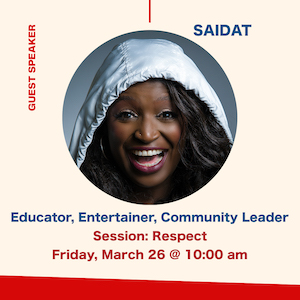 From a desire to make people smile and to build confidence in the younger generation Saidat's message of encouragement, self-worth, and community-mindedness is also a motivation for a global audience. She presents a powerful message from the heart that "One person can make a difference, together we can change the world!" 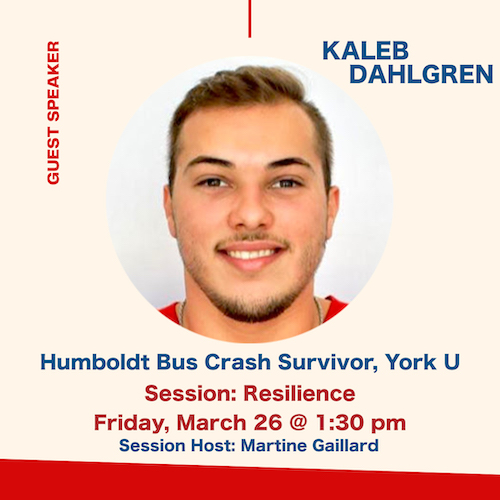 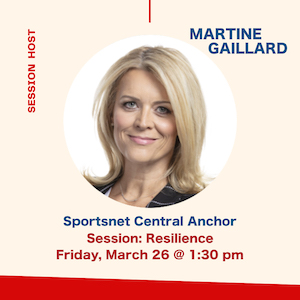 Kaleb Dahlgren beats the odds. Diagnosed with Type 1 Diabetes at the age of four, Kaleb was told by coaches and scouts that he would never succeed in hockey. Instead of defeat, Kaleb used the negativity as motivation. He worked relentlessly and played the highest level of hockey each year of his young career. His own struggles inspired him to create the program Dahlgren’s Diabeauties. This program uses hockey as a platform to shed light on Type 1 Diabetes, and provide support for children living with the disorder.

In order to officially launch Dahlgren’s Diabeauties, Kaleb asked to be traded into a bigger hockey city. A bigger team would allow for greater exposure of the program and cause. He was traded from small-town Wilcox Notre Dame Hounds to the Humboldt Broncos. On April 6th, 2018, on-route to a playoff game in Nipawin, the Humboldt Broncos’ team bus was involved in a horrific crash. This crash resulted in the death of 16 players and left 13 players with critical injuries.

Kaleb was one of the 13 players. He suffered extensive injuries including a fractured skull, traumatic brain injury, and several fractures in his neck and back. A true fighter, Kaleb was determined to return to hockey, and further driven to make a difference in his community. Shortly after being discharged from the hospital, Kaleb’s pre-accident verbal commitment to the York Men’s Lions Varsity turned into an official commitment. He is a key part of the York University Lions ’community.

Currently, Kaleb is working to grow the impact of Dahlgren’s Diabeauties. Additionally, he supports various charities including special needs groups and shares his message of hope with groups across North America.

Get your copy of Kaleb's book "Crossroads" by clicking here

Born in Melfort, Saskatchewan, Martine is the popular host of Sportsnet Central and has been delivering the latest sports news and updates to Canadians since joining the network in September 2005. She's a member of the voting committee for the Lou Marsh Award, awarded annually to Canada's top athlete. Martine is also an ambassador for Plan Canada's "Because I Am A Girl" campaign.