The Banquet will be held at the Roma Club (19 Seacliff Drive East, Leamington, ON N8H 2L3)

Please be sure to dress appropriately. This banquet is a formal event (no jeans).

7:45-8:30 pm - Message from the Principal, Leadership in School Sport Presentation, Evening Wrap Up 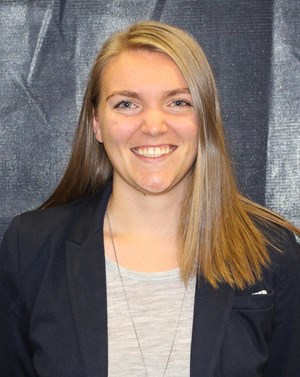 Madeline Belding, a native of Sussex, New Brunswick, is in her third year as an assistant coach with the Lancers Women’s Basketball Team.

Before arriving in Windsor, she served as a graduate assistant with the University of British Columbia Thunderbirds women’s basketball team. Madeline spent 2 years on the bench with UBC during which time she completed her Masters of Kinesiology in Coaching Science in 2017.

Madeline also holds a Bachelors in Kinesiology with Honours from Acadia University in 2015. Her honours research focused on barriers to women in coaching and how female coach mentorship can contribute to coaching success. During her time at Acadia, she also worked with members of the women’s basketball team as a mental skills coach.

In addition to her experience as a U SPORTS assistant coach, Madeline has also coached at the provincial level in various capacities. She began coaching with Basketball New Brunswick in 2013, serving two years as a head coach in their development system from 2014 to 2015, before moving on to work with the U17 team in 2016. During the summer of 2017, she joined Team BC and served as an assistant coach with the U15 team. Madeline has also been a technical coach with Ontario Basketball’s Centre for Performance (CP) program, and has served as a guest coach with Team O.