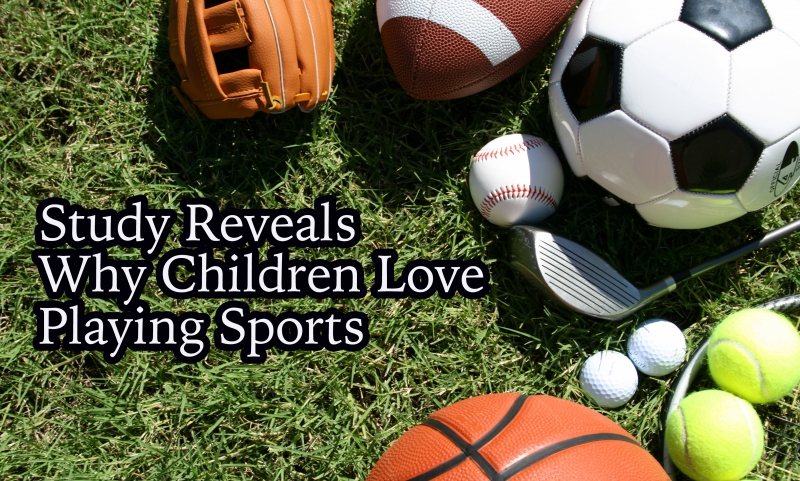 Study Reveals Why Children Love Playing Sports, It’s Not What You Think

Associate professor, Amanda Visek, organized individuals at George Washington University together to study what makes sports fun for children. The experiment was conducted, because they were curious to find why children stop playing sports after the age of 13.

Kids have claimed that sports isn’t of interest to them, once they have reached their teen years. The researchers hoped to figure out why kids felt this way, and wanted to find what can be done to help kids regain the love they once had for sports. If kids recapture the desire for said activities, they will remain active and continue to choose a healthy life, as oppose to a sedentary one.

Visek and fellow researchers questioned more than 200 local teammates, coaches and parents of soccer players. They asked, 8 to 18-year-olds, of all different kind of sports, what they appreciated most about the sport that they played. Their findings have helped them pinpoint 81 things that could make sports fun again.

Amanda Visek and colleagues, were astounded by their conclusions. They had assumed winning would be, at least, one of the top 3 reasons why kids enjoyed playing. Instead, winning was ranked in 40th place as most important. Another factor, “playing in tournaments,” was in 58th place and “traveling to new places to play” got the 71st spot for fun determinant, as revealed by the study.

So, what is on the top of the list? Well, players shared that, “trying your best, exercising and being active,” and also, “getting along with your teammates” was a few factors on their top 10 list of why sports is fun.

Next, the study went further on to compare males and females, as well as, younger and older athletes. Many have speculated that girls considered sports, because it was a nice pass-time with their friends. Furthermore, others assumed boys liked the competition part of being involved in sports. To their surprise, boys and girls had very similar reasons to liking their recreational activities. The same held true for the different age category. Even though, the younger players got more satisfaction out of the positions they played on the team. Over all, the answers were the same.

In conclusion, kids just want to have fun, be active and get along. It’s the participation in an activity that helps them feel a sense of happiness. Just enjoying the flow of the game. This is a grand lesson kids are teaching us. Even in life, the best thing to do is to just enjoy it, and the rest will flow.