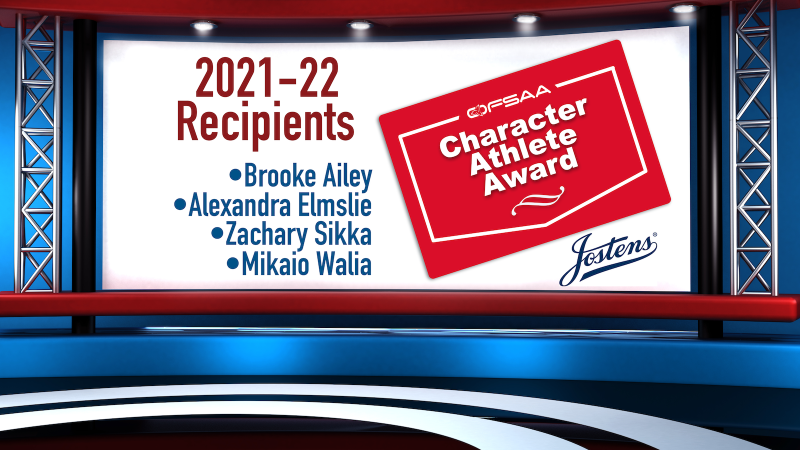 Selecting just two females and two male winners from the over 50 submissions is a difficult task, but these four individuals stood out for their commitment to OFSAA’s values of leadership, equity, respect and sportsmanship. Each winner will receive a $500 grant from Jostens and a commemorative plaque to recognize this outstanding achievement. 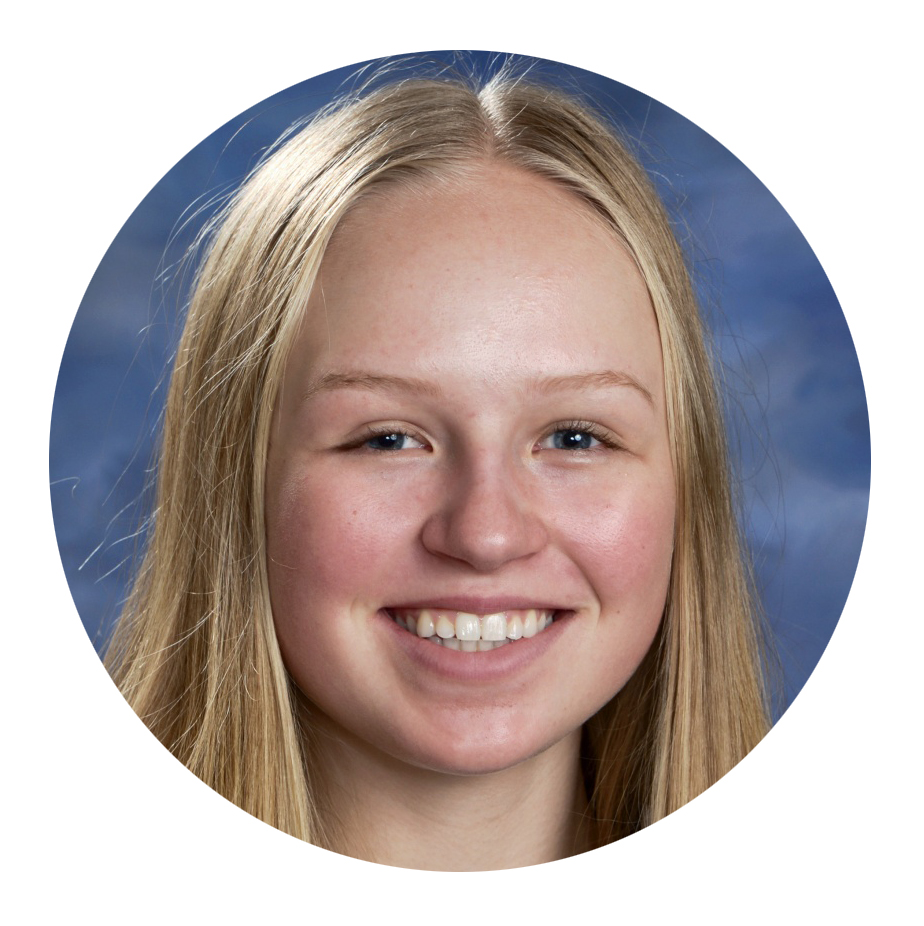 Brooke is a grade 12 student at Superior Collegiate and Vocational Institute in Thunder Bay.

Brooke has led her peers, her teachers, her teammates, and often her coaches within the classroom, during practice and competition. She is friendly, hardworking, encouraging and she leads by example. She uses her influence to create positive change in and out of the classroom. When Brooke joined teams, she brought dozens of teammates with her.

Brooke has shown respect for her school, her teammates, her coaches, and volunteers. She actively listens during practice and sporting events, she seeks to understand others, shows empathy for differences, and works to serve others for the good of her community.

As a grade 12 student, her commitment to volunteering with Lappe Para-Nordic, as well as the Nordic Canada Gender Equity and Safe-Sport Committee and the Youth Advisory Council with Fast and Female (awareness for eating disorders) shows her dedication to sharing her passion of sport with everyone. Brooke actively recruits students in all grades to join participation-based teams. She will often choose to practice with teammates who are less experienced because she can see they need a little more encouragement. She has often been seen lending out her own equipment (bikes, skis, poles, mitts, hats, etc.) to those that do not have access, to ensure others can enjoy different sports.

This year, she was an OFSAA participant at cross country and she was also a cross country skiing (SSSAA) champion. Among numerous activities outside of school, Brooke led a student-based Thunder Bay branch of Fridays for Future – a climate change activism group – and she helped push the Thunder Bay City Council to sign the Cities Race to Zero pledge and the Net-Zero Strategy. Her prowess in nordic skiing led to her winning the Reijo Puiras Legacy Award in April 2019.

Brooke’s commitment to a variety of organizations within her school, her city, her province and her country show her diverse range of passions, skills and interests. She would look for ways to reduce barriers for others to join sport, which sometimes included advocating discreetly for teammates or arranging funding or securing equipment for her teammates.

Brooke is a very resilient individual. She took a difficult situation, dealing with an eating disorder while being an elite athlete and found an opportunity to heal, to inspire others and to make change, by sharing her personal story with the world. Congratulations Brooke! 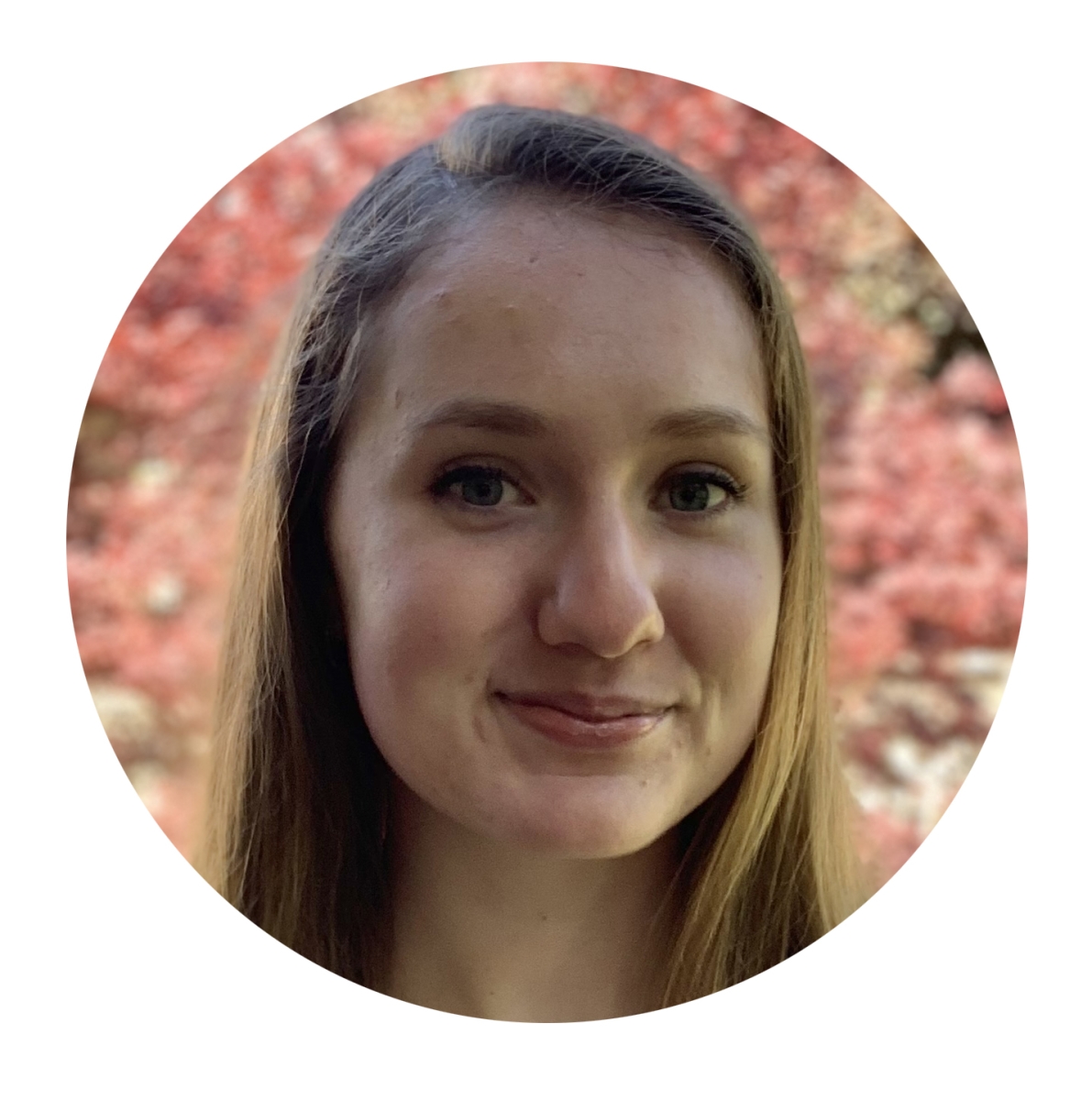 Alexandra strongly exemplifies the OFSAA values in and outside of school, on and off the playing field. After years of experience on the ice, she was able to transfer those skills to the field hockey pitch and adapt to the play, all while learning a new game.

Alexandra is a quiet leader on the playing field but excels in leadership opportunities given to her, and often seeks them out or generates her own initiatives to make a difference. She has engaged in many activities in the school to show her leadership as part of student council, DECA and as a sidekick leader. She also has been instrumental to organizations outside of school for MPP Mike Schreiner, Kids Ability, Reading and Running club, or with her own initiatives around mental health for students with intellectual disabilities or fundraising events. Self-directed and motivated, she needs little guidance to get the job done and done well.

Alexandra’s commitments are varied and work with a variety of age groups, abilities and focus. Some are political or environmentally motivated. Others focus on athletes and creating opportunities for play. She has spent a lot of time focusing on mental health, especially for those with developmental delays. She has also found opportunities to work with seniors on knitting projects or offering musical concerts to ward off the feelings of isolation during the pandemic. She is very mindful and intentional in her work and finding projects she is passionate about that will make an impact on others and her surrounding community.

Over the course of her just-completed high school career, she will amass at least 1000 volunteer hours while also participating in two varsity school sports, a hockey team outside of school and participating in many clubs and activities at the school. She is highly respected for this body of work while also exemplifying what it means to be a student-athlete with strong academic achievement as well.

Best of luck at the University of Western in the fall! 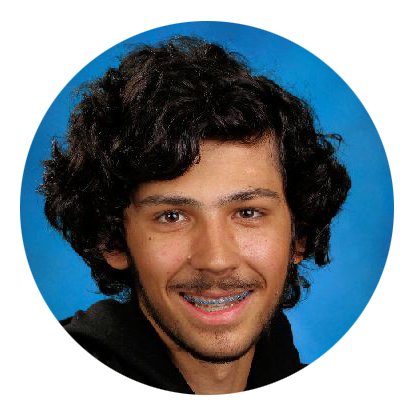 Zachary is a grade 12 student at St. Paul Catholic High School in Ottawa.

Zachary’s solid work ethic and commitment to the team has stood out since cross country in grade nine. He came to every practice eager to take on the workout with a positive attitude and he leads by example. At school, he also participated in track and field, soccer, tennis, badminton and ultimate.

In 2019, Zachary qualified for EOFSAA in the 3000m and competed at OFSAA in Cross Country. During the pandemic, Zach used his new found free time to substantially increase his training intensity. When sports returned to school in 2021, Zachary was running faster than ever. He qualified for OFSAA in cross country but, unfortunately, at that time, athletes were not allowed to go to any out-of-town competitions.

Zachary is always happy to lead the team in the warm up or help with managing the team during the workout. His teammates respect him and respond well to his guidance. As the co-president at school, he has worked tirelessly to implement school-wide initiatives to build spirit and fun. Despite some of the limitations of various mandates, he successfully organized fundraisers and spirit weeks. He also created announcements to promote the love of sport through daily Olympic updates with medal presentation videos included. His impact on bringing the school spirit back to life after the tough times of online classes is immeasurable.

Outside of school hours, he is a science tutor, an Ottawa City soccer coach, the founder of the table tennis club and a member of the Ottawa Lions Track and Field club.

Zachary’s respect for adults and his peers alike was evident in his everyday interactions in the classroom. He successfully balances all his time between his love of sport and school all while achieving an over 95% average in grade 12. Best of luck in the fall at the University of Ottawa! 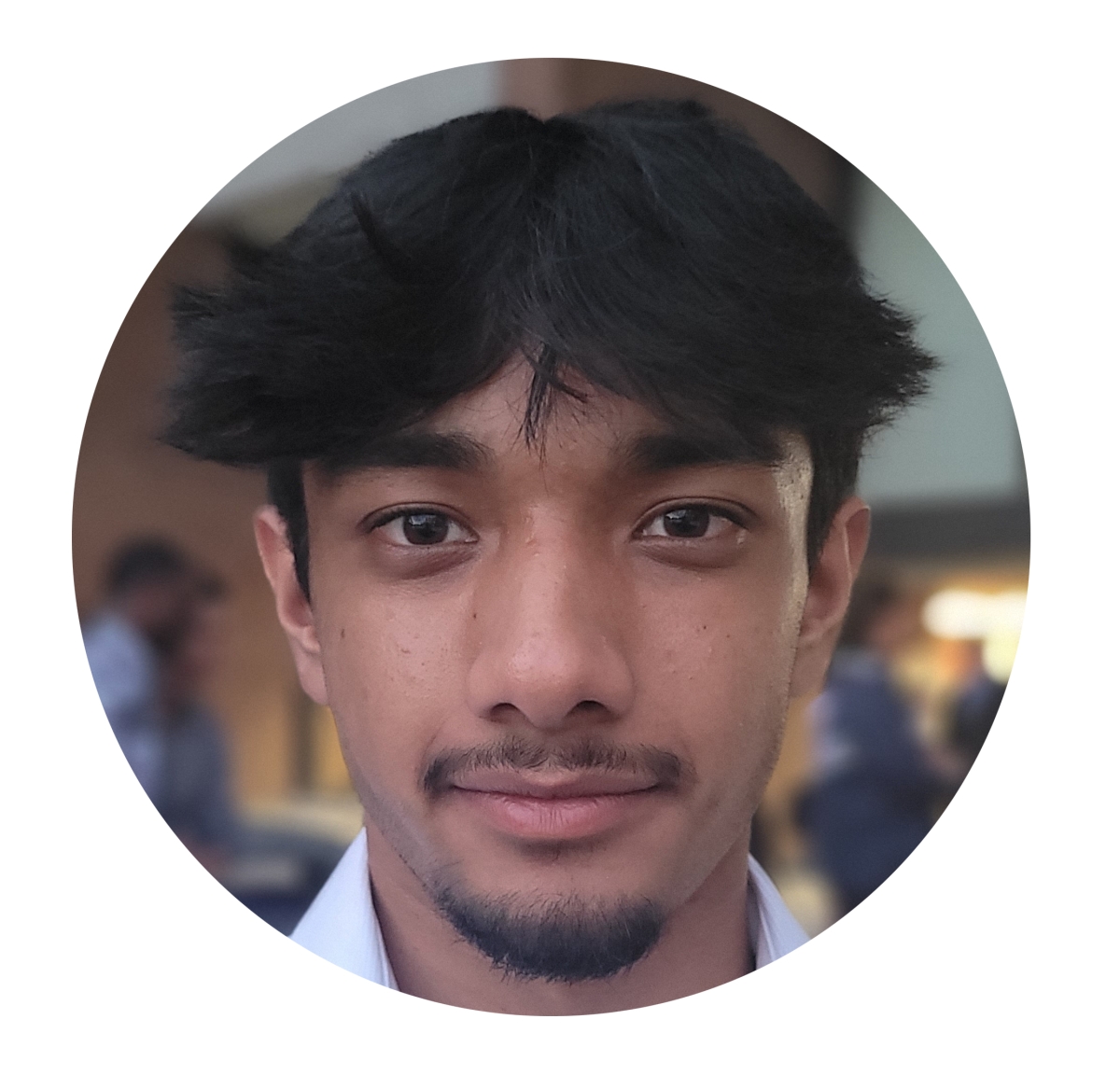 Mikaio is a grade 12 student at Lasalle Secondary School in Sudbury.

Mikaio has participated on many school clubs and organizations over his four years at the school and is a member of the School Athletic Council.

He is also a member of the school’s SHAL program in which he acted as a mentor, coach and facilitator with feeder schools in the events and tournaments through his time. Mikaio worked as part of the school’s Finlandia fundraising campaign to help raise funds and awareness for seniors in our community.

Mikaio is a fantastic leader amongst his peers and younger students in our school and he played on the badminton, volleyball, basketball, soccer and track and field teams. He held roles as captain on many of the sporting teams he has been part of. On these teams, he helped shape and build on the legacy of these teams, through his dedication, determination and leadership. He has been part of, and led, multiple teams to numerous NOSSA and OFSAA events over the last four years. He is someone that the school has often leaned on to help run
events and to guide younger students in sports, academics and in building community spirit in the school.

In the last two years, Mikaio has been instrumental in the rebuilding of our women’s volleyball program, through his coaching of the senior girls team. His dedication to these players and the respect he shows his own players and the opposition is always on full display. He can often be seen working with individual athletes in his own time, helping develop their game play. He also has spent time aiding the development and enjoyment of our ISP students, helping guide them with their beach volleyball tournaments over his time at Lasalle. Mikaio is a wonderful leader and has worked tirelessly for the school, himself and his peers. Congratulations! 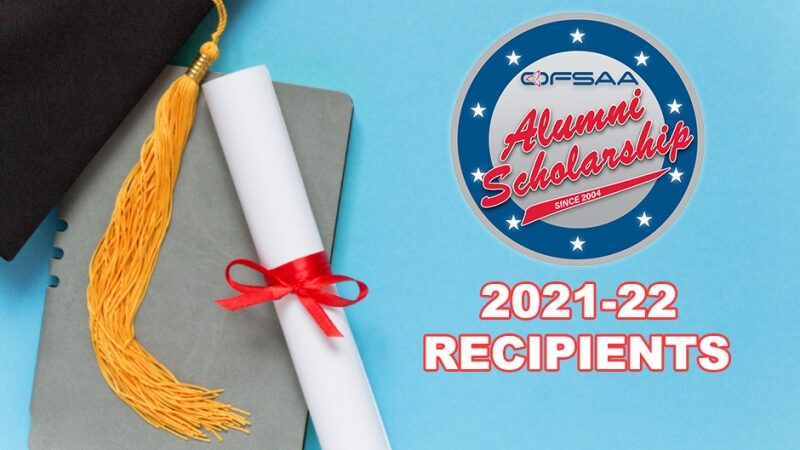 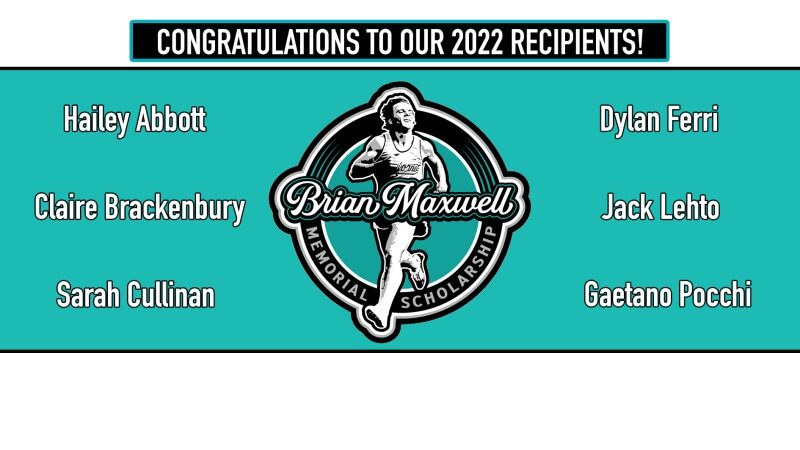 The Brian Maxwell Memorial Scholarship is awarded each year to six student-athletes who will be continuing their post-secondary education at a Canadian College or University. Three males and three females are awarded a scholarship of $5,000. Preference is given to a... 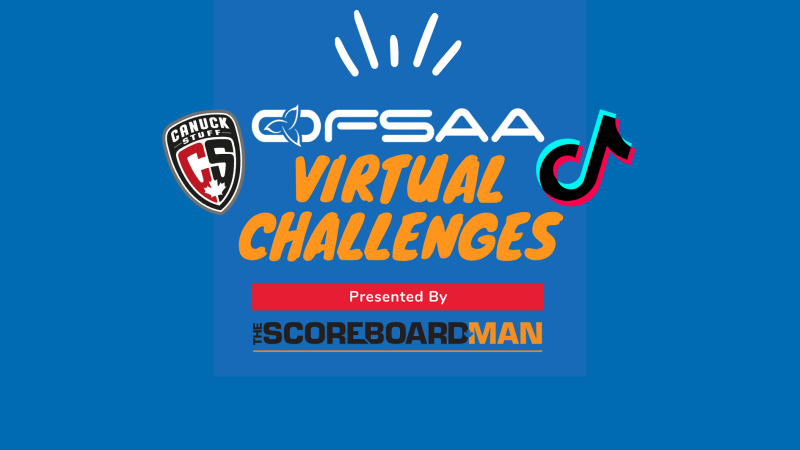 Congratulations To Our Virtual Challenges Winners!

OFSAA Virtual Challenges returned for a second straight year from May 16 to May 20th. OFSAA and The Scoreboard Man teamed up to provide a week filled with challenges! Numerous enthusiastic physical education classes set out to take the challenge! The winning classes... 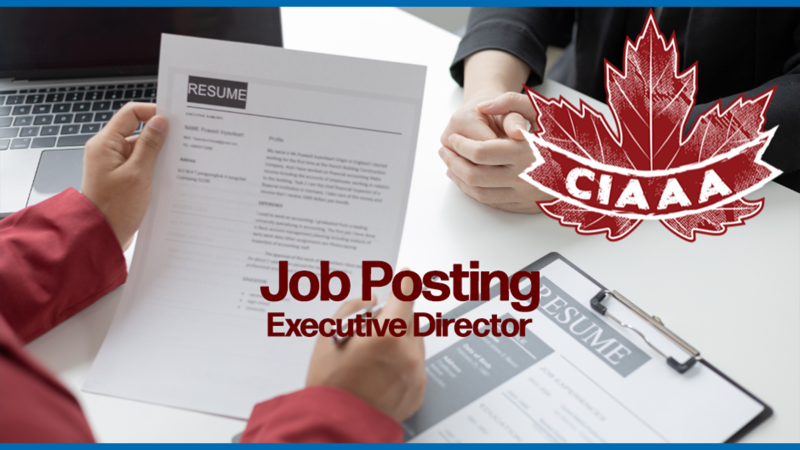 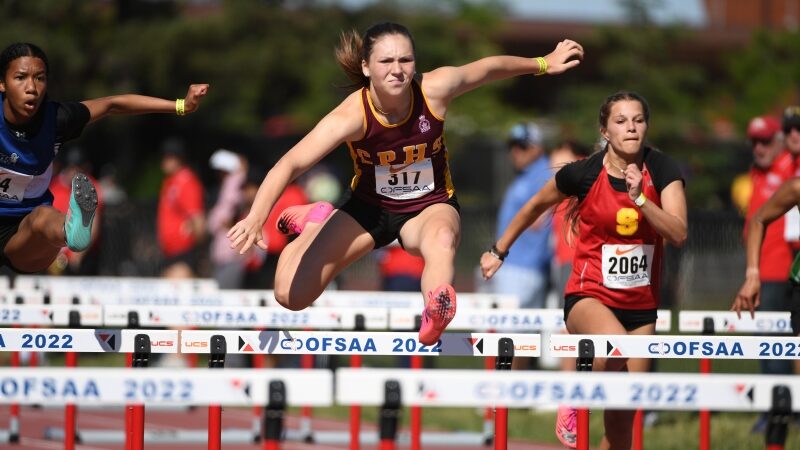 Interested in fantastic photos from last week's 2022 Track & Field Championship? Thousands of photos were taken over the course of the three days in Toronto last week. Just check out the photo gallery by Gerry Angus of Spectrophotography HERE. 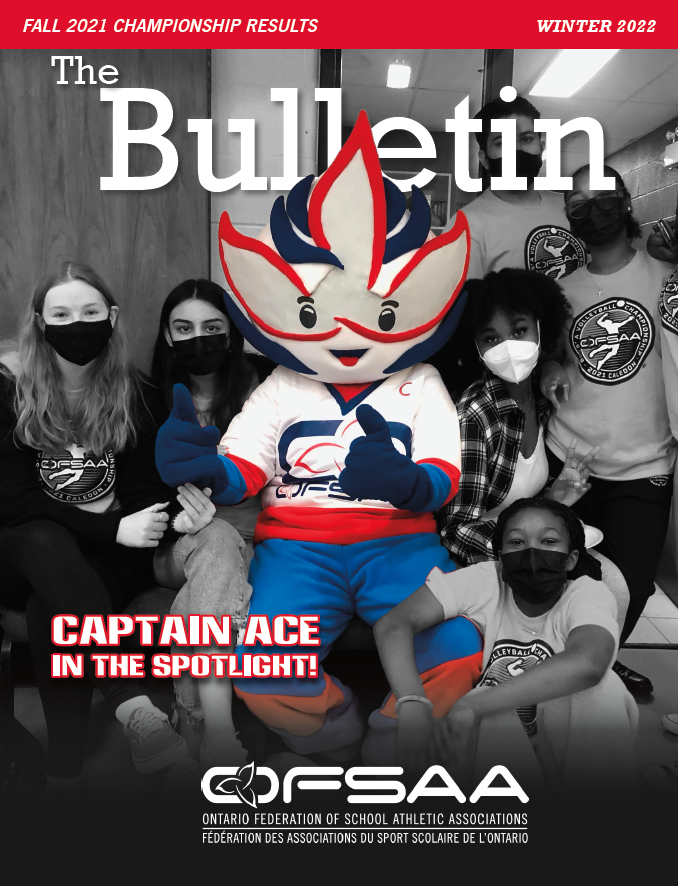