Nominations come to the OFSAA office detailing the exceptional character of student-athletes across Ontario, inspiring those around them with their involvement on the playing field and in the classroom, in both school and community.

Selecting just one boy and one girl recipient of the OFSAA Character Athlete Award is never easy, but the following two individuals stood out for their commitment to OFSAA’s values of leadership, equity, respect and sportsmanship.

Zach is a grade 12 student at Milton District High School where he is a member of school sports teams year-round: Volleyball in the Fall, Basketball in the Winter, and Soccer in the Spring.

When Zach’s not playing on the field or the court you’ll find the dedicated student-athlete on the stage where he sings and plays guitar at all of his schools events.

The musically-inclined senior is a member of the Acapella Music Group, Foster’s Funk Bank, the traveling school drum line, Senior Jazz Band, and played at many other school events, socials, fundraisers, and plays.

He’s currently in the Music Audio Production Technologies Specialist High Skills Major program at Milton DHS and was essential to the set-up of a new recording studio for their music department this year. Putting the facilities to use, Zach created and recorded songs for school functions including a teacher’s retirement and Remembrance Day.

“Zach demonstrates excellent leadership on and off the court for Milton District High School,” said his nominating teacher-coach Katherine Parker. “It is not often that you find an individual who can balance being involved in such a wide range of activities, such as three school sports teams, many school music groups, the Specialist High Skills Major program, and a Wilderness North leader.”

He continues to show OFSAA’s values through school sport while building upon his music skills for his future music/school plans after graduation in June. 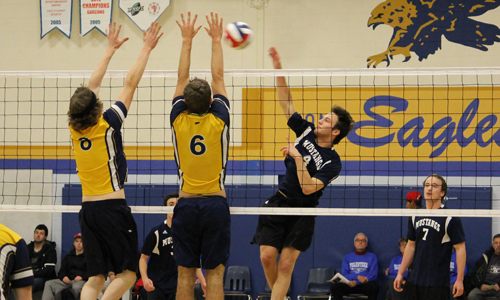 Mackenzie is a grade 11 student at Holy Cross in Kingston, so involved in sport and her community it’s difficult to know where to begin.

She volunteers to share her story Journey through Cancer and a Bone Marrow Transplant, spreading her message to other schools and groups: “never give in and you never give up.” She has given this message at Terry Fox runs, and as the welcome speech at the Relay for Life, and has become an active spokesperson for the donation of blood and bone marrow – all while maintaining at least a 90% academic average.

Through the “Miles for Mackenzie” program, the Canadian Blood Services and One Match raised over $30,000 for the Cord Bank for future Bone Marrow transplants.

Other volunteer work includes a Christmas tree pick-up program that raised funds for Clothes for Kids, funding out of town care for kids through McKenna’s Dream, regular visits to Sick Kids and Kingston Cancer Center, and encouraging other youth to be involved in their community.

On the sport side, Mackenzie has volunteered for the past three years to help run a local basketball league, was awarded the JUEL Ontario Basketball’s first Community Service Award for Community Involvement and has had the award named after her. Mackenzie will select the future winners of the award.

“Basketball was the motivating dream in her recovery,” said her nominating teacher-coach Kelly Dixon. “Many days she has come right from Doctors’ appointments to practice and would not miss a minute unless she had to. When asked to be in the Santa Claus Parade for Canada Blood services, Mackenzie asked for our team to be included also.”

Mackenzie recently celebrated her one-year post-Bone Marrow transplant and it was announced by Canadian Blood Service that she would be the face for the advertising for the Christmas campaign to encourage others to give and continue to give blood. 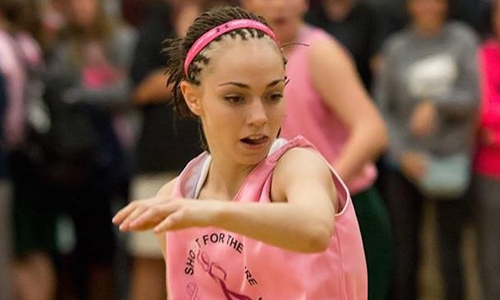 Congratulations to the first pair of recipients of 2014-15 OFSAA Character Athlete Award. We will announce two more winners at the end of the school year.
If you wish to nominate a student-athlete, please visit our awards section online and fill out an application form.