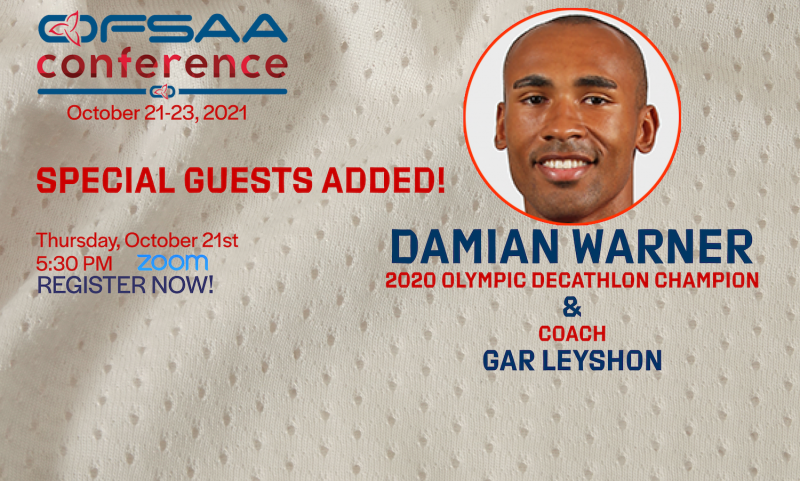 OFSAA is thrilled to announce the addition of Canadian Olympic Gold Medalist, Damian Warner, and his coach, Gar Leyshon, to the upcoming OFSAA Conference lineup. Their appearance will take place Thursday, October 21st at 5:30 via Zoom. Have a question for our guests??? Why not register.

Please view our Conference agenda HERE and check out information on our sessions and presenters HERE.

Registration is $25.00 and the direct link to register is HERE.

At his third Olympic Games in Tokyo this past summer, Warner, of London, ON,  became Canada’s first ever Olympic Gold Medal Champion in the Decathlon and he was chosen to be our country’s flag-bearer at the Closing Ceremonies in Tokyo.

This month, Warner was announced as a 2021 inductee into Canada’s Walk of Fame.

Read Damian’s bio HERE and his 2020 Olympic Games expoits (from this past August) HERE. 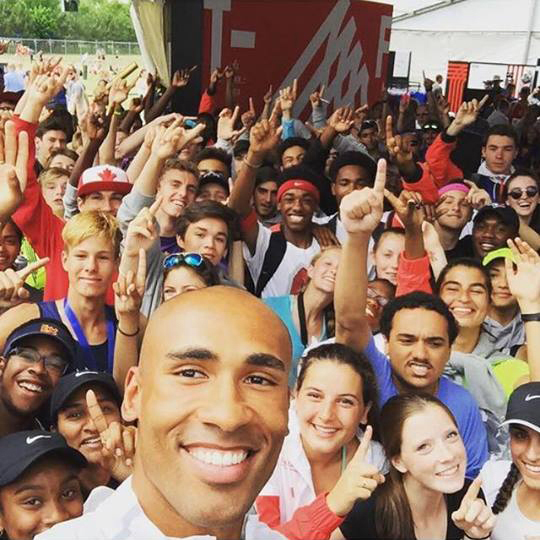 (Photo) Student-athletes swarmed Damian Warner when he returned to OFSAA Track & Field in Windsor in 2016.

At the 2016 Olympics, Warner captured a Bronze Medal in the Decathlon at the Rio Olympics.