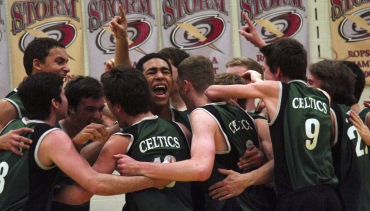 Nominate young Ontarians contributing to the elimination of racial discrimination by going to the Government of Ontario Ministry of Citizenship and Immigration website and completing the application form.

The form can be downloaded or completed online at the link above and is due before the May 31st deadline.

Schools and especially sports in schools foster an inclusive environment of education and achievement on and off the field of play with a diverse collection of peers. Organize a nomination if somebody you know has been especially inclusive.

The Lincoln M. Alexander Award honours youth who have demonstrated leadership in eliminating racial discrimination in Ontario. The award was first given in 1993.

Three awards are given each year: two student awards and one community award.

Recipients receive a personalized certificate as well as a $5,000 cash award.