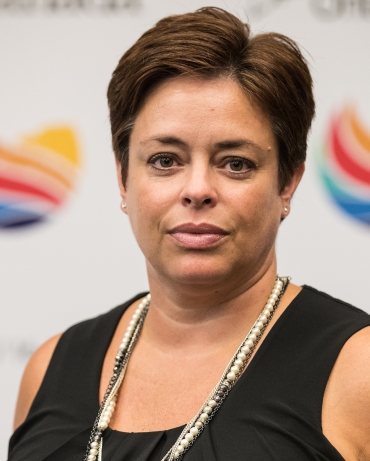 OFSAA Executive Director Doug Gellatly announced on November 1 that Denise Perrier has joined the organization in the role of manager of programs.
Denise played a major role in recent years with the Toronto 2015 Pan/Parapan American Games and the 2017 North American Indigenous Games. Serving as manager, sport & operations with the Indigenous Games, and manager, sport with the Pan/Parapan American Games, she was responsible for the planning and successful execution of strategies and plans for a portfolio of sport competitions.
She also previously held management roles in the athletic department at the University of Toronto and at the offices of the Ontario Basketball Association.
In the staff structure, Denise will be responsible for programs such as Coaching in Ontario Schools, CIAAA course delivery, the OFSAA conference, as well as all volleyball and rugby-related matters.
Denise is a welcome addition and will begin her tenure with OFSAA on November 6.