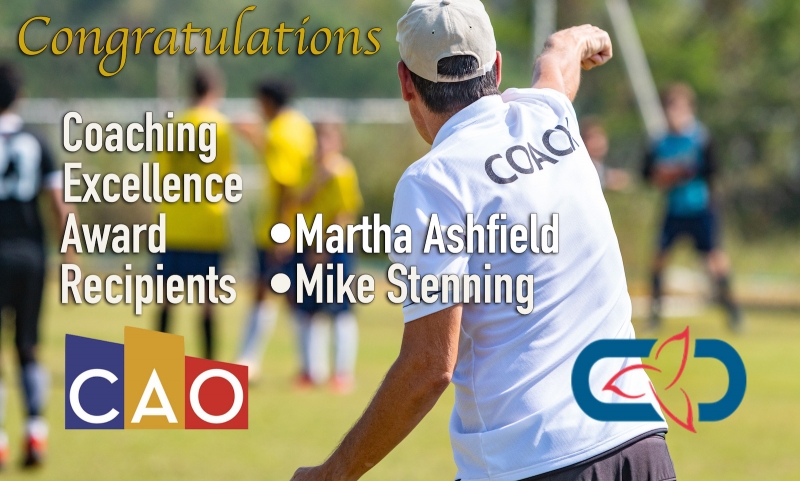 For 14 years, the Ontario Coaching Excellence Awards program celebrates the dedication and commitment of exemplary individuals who inspire, innovate and share knowledge of sport with others. The Awards recognize the importance of leadership, performance and the value of human insight which are all integral to great coaching. Coaches were recognized and celebrated virtually from across Ontario at the 2020 Ontario Coaching Excellence Awards on September 19. The virtual awards can be viewed on YouTube by clicking here.

The ceremony marked the start of the sixth annual national Coaches Week,  a celebration of the tremendous positive impact coaches have on this nation’s athletes and communities. The week is an opportunity to recognize coaches for the integral role they play by simply saying #ThanksCoach.

The School Sport Coach winners were selected by OFSAA based on their unique contribution to sport through continuous development. The Award does not reflect the accomplishments of a teacher-coach in any one year, but the contributions over a period of years.

The 2020 male recipient of the the “Coaching Excellence Award in the School Sport Category” is:

Mike Stenning’s impressive coaching resume includes coaching football, hockey and soccer at the high school level for over 25 years. Tennis and basketball players have also participated under his coaching tutelage for over 15 years. He has played a major role in the planning and hosting of several WOSSAA basketball, volleyball and soccer championships.

Deemed a father figure to many young athletes, Mike creates a sense of community within the teams he oversees that is much greater than the win-loss record of the team. The “backbone” of of South Collegiate Institute for many years, Mike was the athletic director of Westminster early in his career and held the same role at South for over 10 years. A Sport Advisory Committee Chair for football, Mike is the current Coaching Director for the Junior Mustangs Football Club. Here, he oversees all coaches within the club.

Passionate about football, he’s also a past winner of the Riddell High School Coach of the Year Award, given by the University of Guelph.

The 2020 female recipient of the the “Coaching Excellence Award in the School Sport Category” is:

Martha’s coaching style is one that every athlete can relate to because she tries to meet each individual’s needs. Often referred to as professional, compassionate, knowledgeable, dedicated and empathetic, Martha possesses a competitive edge that would be expected of a teacher-coach that started out in 1987-88.

Track and Field, touch football, volleyball (girls) and basketball (girls/boys) are the sports that have allowed her to mentor her peers, student-athletes and those looking to make a difference in athletics. Martha is also one to always remind her athletes that they are student-athletes and not the other way around. She’s a past athletic director at Earl of March Secondary School and she has served on numerous OFSAA committees for wrestling, football, lacrosse, rugby, hockey, volleyball and basketball.

A past convenor and NCSSAA representative, Martha is highly-respected in her association and her leadership skills are viewed amongst the best in the Ottawa region.

Congratulations to you both!

OFSAA congratulates all of the award winners and coaches from across Ontario for their commitment and dedication to ensuring Canadians live an active and healthy lifestyle. For more information on the Ontario Coaching Excellence Awards and how to nominate a coach in the future, visit www.coachesontario.ca/awards.